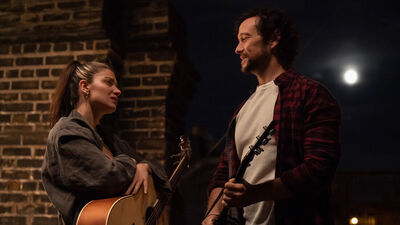 Today marks 15 days until the start of this year’s Sundance Film Festival, and the programmers have a few more surprises for attendees. The Utah-based film gathering, which runs from January 19-29, will now include three more films in its Premieres category (for out-of-competition but noteworthy new films), and one more title in its U.S. Documentary Competition group.

There will also be a special screening of a new documentary about basketball player Steph Curry, and encore screenings of recent festival favorites like “CODA,” “Navalny,” and “Klondike.” The 2023 Sundance Film Festival will take place from January 19-29, 2023 in Park City, Salt Lake City, and at the Sundance Resort, with many features and shorts from the overall program available virtually.

Below is the announcement on the additions, taken from the festival’s press release.

Klondike / Ukraine, Turkey (Director, Screenwriter, and Producer: Maryna Er Gorbach, Producers: Mehmet Bahadir Er, Sviatoslav BulakovskyI) — The story of a Ukrainian family living on the border of Russia – Ukraine during the start of war. Irka refuses to leave her house even as the village gets captured by armed forces. Shortly after they find themselves at the center of an air crash catastrophe on July 17, 2014. Cast: Oxana Cherkashyna, Sergey Shadrin, Oleg Scherbina, Oleg Shevchuk, Artur Aramyan, Evgenij Efremov. World Premiered in the 2022 Sundance Film Festival’s World Cinema Dramatic Competition section, where it won the Directing Award: World Cinema Dramatic.

Summer of Soul (…Or, When The Revolution Could Not Be Televised) / U.S.A. (Director: Ahmir “Questlove” Thompson, Producers: David Dinerstein, Robert Fyvolent, Joseph Patel) — An epic event that celebrated Black history, culture, and fashion shines a light on the importance of history and the healing power of music during times of unrest. World Premiered in the 2021 Sundance Film Festival’s U.S. Documentary Competition section, where it won the U.S. Grand Jury Prize: Documentary and Audience Award: U.S. Documentary.

The 2023 Sundance Film Festival will take place from January 19-29, 2023 in Park City, Salt Lake City, and at the Sundance Resort, with many features and shorts available virtually. Single tickets are on sale on January 12 at 10:00 a.m. MT at festival.sundance.org/tickets.

The name is Bond, James Bond