HBO Confidently Adapts Breakthrough Video Game The Last of Us 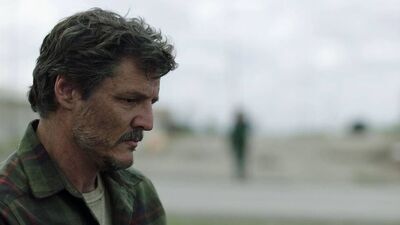 In our Video Games section of this site, we have tried to examine the intersection between games and film, mainly covering titles that could be considered “cinematic.” One of the most cinematic games of all time is Sony and Naughty Dog’s “The Last of Us,” which launched in 2013 and became an instant critical and commercial hit. After suffering in development hell as a potential feature film for a few years—one that was almost produced by Sam Raimi and almost starred Maisie Williams—”The Last of Us” took a hard right into a different medium, becoming the first HBO video game adaptation as a multi-season (probably) dramatic series. On Sunday, January 15th, the nine-episode first season of “The Last of Us” closely follows the first game’s action, recently rereleased in a PS5 version retitled “The Last of Us, Part 1,” from its heartbreaking prologue through to its perfect ending. It’s a fascinating deconstruction of the game that leans on character and storytelling instead of action, and it does so in a way that’s confidently grounded. Some of the major set pieces from the game are carried over, but it’s more about survival, growth, and hope than killing waves of enemies. The result is a show that amplifies what a phenomenal piece of storytelling the game was in the first place, taking a video game more seriously than any adaptation has to date. This is more Cormac McCarthy than Paul W.S. Anderson, and it should appeal to both fans of the game and those who put down their controllers years ago.

After a chilling prologue in which an expert on a talk show offers his belief that the world-ending pandemic will be fungal and not viral, “The Last of Us” opens properly in 2003, hours before society’s collapse. The first half of the first episode unfurls the devastating prologue to the game, introducing Joel (Pedro Pascal), an Austin-based contractor, and his brother Tommy (Gabriel Luna). When a fungal infection known as Cordyceps becomes contagious, the world becomes a waking nightmare as infected neighbors attack and planes fall from the sky. Joel barely survives, but he will carry the trauma of this day through the entire season.

Jump two decades to 2023 and a new vision of the world. Most of the population is dead or turned into infected creatures that rip flesh from bone. Major cities like Boston have become quarantine zones, run by heartless military forces, which have created an underground rebel group known as the Fireflies. In a world with few supplies, Joel is now a smuggler, working with a woman named Tess (Anna Torv) on the fringe of society. They are trying to get the necessary elements to venture west and find Tommy when they stumble upon something that could change the world. The Fireflies, led by a woman named Marlene (Merle Dandridge, the character’s voice actor from the game), are holding a girl named Ellie (Bella Ramsey) captive. It turns out that she could hold the key to humanity’s survival, and it’s not long before Joel ends up agreeing to transport her west too.

The journey of “The Last of Us” is reminiscent of projects like “Children of Men” and “The Road” in how it captures a decimated civilization through the eyes of small groups that travel through it. The structure of an episodic season allows creators Neil Druckmann (who co-created the game) and Craig Mazin (“Chernobyl“) to tell Joel & Ellie’s story in well-defined chapters. One of many things that works about this show is how much it avoids the nine-part movie structure of modern television and tells its story with a balance of episodic and season-long narratives. For example, the third episode consists almost entirely of a flashback to what happened to a minor character from the game named Bill (Nick Offerman) during the outbreak and subsequent two decades. Co-starring Murray Bartlett (“The White Lotus“), it is a phenomenal short film that works in conversation with the themes of the rest of the season. Two episodes later, Melanie Lynskey pops up as a new character named Kathleen, a vicious resistance leader who has been turned ruthless by all of the pain and betrayal in this vision of America. The seventh chapter adapts the excellent expansion “Left Behind,” filling in the essential back story for Ellie.

Of course, while these “side quests” are fun, the show is always about Joel and Ellie, two characters that fans started to cast from the minute the game became a hit. The good news is that Pascal and Ramsey are perfect. The star of “The Mandalorian” portrays Joel as a flawed hero without melodrama, never leaning on some of the crutches other actors would have used. It’s a nuanced turn that balances trauma, cynicism, and the character’s emerging hope in a way that always feels true. A show like this doesn’t work without relatable human emotion at its center. Not only does Pascal find that, but so does future star Ramsey, who reminds me of a young Jodie Foster in her raw, in-the-moment truth. We believe Joel and Ellie are experiencing the events of “The Last of Us” as they unfold, even when we gamers know what’s going to happen, which is essential to its success.

In terms of storytelling and design, the show will be very familiar to gamers, almost too much at times. There are visuals pulled directly from the game, and even the excellent, Western-inspired score by Gustavo Santaolalla will be familiar. However, I wanted more of the ambition of chapters three and five, episodes that will stand among the best of the season, not because they directly follow the template of something that came before but because they build on it and shift it. I wanted a little more building, and the show rushes the final two episodes in a way that made me wonder if that’s where most of the compression happened when it lost a chapter from the initial ten episodes that Mazin said would happen back in July 2021.

These are minor complaints for a major event series, one that’s likely to satisfy anyone interested in this kind of raw, post-apocalyptic storytelling. Video game adaptations often falter when they don’t take their source material seriously on a narrative level. Instead, they try to replicate the “fun” of a video game on the big screen, and, more often than not, fall on their face. Druckmann and Mazin don’t seek to replicate what it’s like to play a video game; they seek to transport viewers to its world for nine episodes, allowing them to get lost in a story that’s undeniably brutal and heartbreaking, but also offers hope for what comes next. In many ways, it’s a perfect story for where we are in 2023, picking up the pieces of the last few years and finding what’s important to us again.

The Internet Has Been My Co-Director: Kyle Edward Ball on Skinamarink