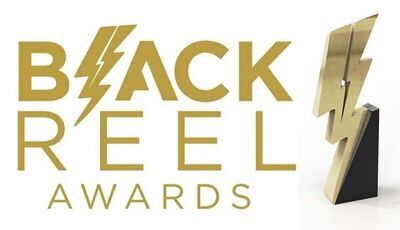 The 23rd Annual Black Reel Awards,  hosted by the Foundation for the Augmentation of African-Americans in Film (FAAAF), will celebrate its 2023 honorees at a virtual ceremony presented in partnership with idobi radio on Monday, February 6th. This year, two films tied with the most nominations  Gina Prince-Bythewood’s “The Woman King,” about the warrior women of the country of Dahomey, and Ryan Coogler’s “Black Panther: Wakanda Forever“, about a superhero from the fictional African nation of Wakanda and a memorial to Chadwick Boseman, both claiming 14 nods each.

Viola Davis landed her sixth Outstanding Actress nomination for her work in “The Woman King,” becoming the most recognized individual in the Actress category in Black Reel Award (Bolts) history, while the film’s director, Gina Prince-Bythewood, grabbed her fourth Outstanding Director nomination, becoming the most recognized woman director in Black Reel Award history. Two of her previous films, “The Secret Life of Bees” and “Love and Basketball” resulted in wins.

Grammy and fashion icon, Rihanna scored two Bolt nominations in the Outstanding Original Song category for “Born Again” and “Lift Me Up”—both from the “Black Panther: Wakanda Forever” soundtrack. For the first time in history, all the nominees in the Outstanding Original Song category were performed and, at least, partly written by women. With an Outstanding Supporting Actor nomination for his work in “Breaking,” Michael K. Williams joined Chadwick Boseman and Gloria Foster as the third person to receive posthumous acting nominations from the Black Reel Awards.

Four honorary Bolt statuettes will be presented to powerhouses in the film industry: Debra Martin Chase, Angela Bassett, Kerry Washington, and Effie T. Brown. Chase joins legends Spike Lee and Suzanne de Passe as the latest recipient of the Oscar Micheaux Impact Award. One of the most bankable producers in Hollywood, Debra Martin Chase is behind pop-culture hits such as “The Princess Diaries,” “The Cheetah Girls,” “The Sisterhood of the Traveling Pants,” “Cinderella” (1997), and most recently the television standout “The Equalizer. Bassett will be saluted with the Sidney Poitier Trailblazer Award and joins the ranks of such acting talent as Cicely Tyson and Laurence Fishburne.

The Ruby Dee Humanitarian award will go to Kerry Washington. Like Oprah Winfrey and Chaz Ebert before her, Washington is a dedicated philanthropist who supports close to thirty foundations and charities, including the NAACP, Boys and Girls Clubs of America, Peace Over Violence, Save the Children, and the Cancer Research Institute. Finally, this year’s Vanguard Award goes to Effie T. Brown, the producer behind ground-breaking films like “The Inspection,” “But I’m A Cheerleader,” “Dear White People,” and “Real Women Have Curves.”

“Since its inception, the Black Reel Awards have remained at the forefront of acknowledging the accomplishments of exceptional Black creatives,” said Black Reel Award founder and CEO Tim Gordon in a statement. “Each of these women has left an indelible mark on cinematic history and the culture. idobi shares our passion for excellence, and together we take great delight in honoring this prolific group of icons.”

For the complete list of nominees and more information on the virtual ceremony, visit the the official site of the Black Reel Awards.